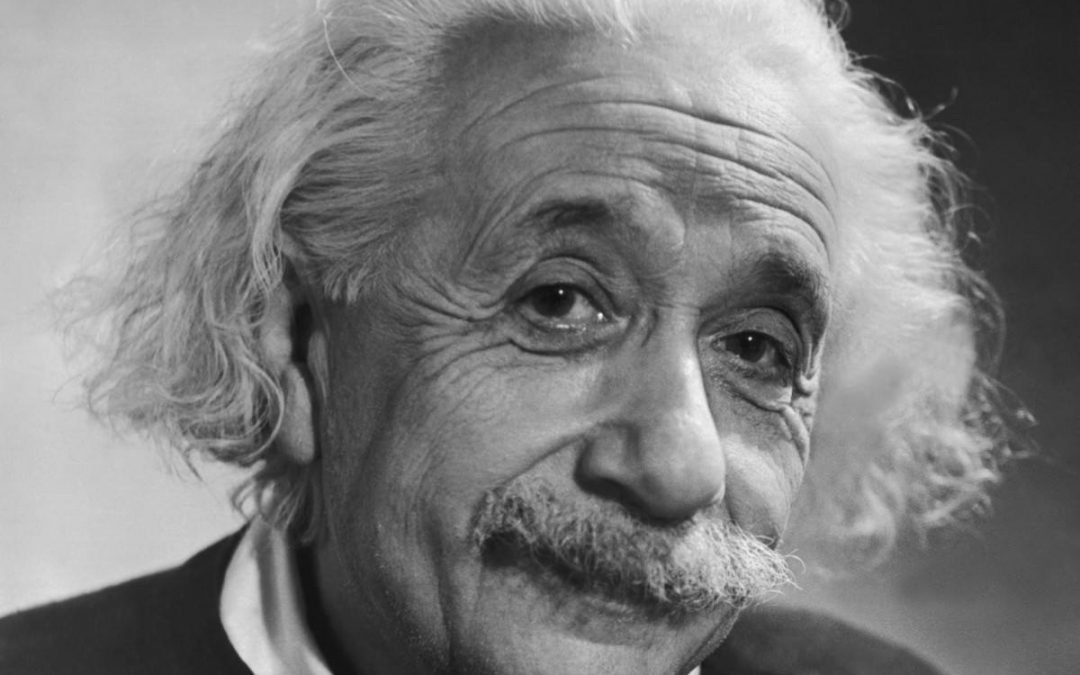 Was That Crazy Scientist Enlightened?

We all know Albert Einstein as the famous scientist who changed the world of physics when he came out with his famous Theory of Relativity and his follow up work on Special Relativity. His infamous E=mc2 equation solved countless problems of science and gave us an amazingly more accurate understanding of our universe. What most of us don’t know is that Einstein also had knowledge and experience with what has historically gone by many names, but which Einstein knew as “the mystery” or “the mysterious”.

One of his more famous quotes about the topic is as follows:

The most beautiful experience we can have is the mysterious. It is the fundamental emotion that stands at the cradle of true art and true science. Whoever does not know it and can no longer wonder, no longer marvel, is as good as dead, and his eyes are dimmed. It was the experience of mystery – even if mixed with fear – that engendered religion. A knowledge of the existence of something we cannot penetrate, our perceptions of the profoundest reason and the most radiant beauty, which only in their most primitive forms are accessible to our minds; it is this knowledge and this emotion that constitute true religiosity.

In this sense, and only in this sense, I am a deeply religious man. I am satisfied with the mystery of life’s eternity and with a knowledge, a sense, of the marvelous structure of existence – as well as the humble attempt to understand even a tiny portion of the Reason that manifests itself in nature.

In the title of this article I asked, “Was Einstein Enlightened?” I asked this particular question very intentionally. I asked it because frankly I see a lot of hidden meaning in this Einstein quote, and in his other writings on the topic. The mysterious, the mystery, and the mystical, etc. are words that many Enlightened folks have used to describe the ineffable experience of having their minds tap into a bank of intelligence so vast and infinite that it holds all the answers to every question in the universe. In addition, this field of intelligence also holds both infinite wisdom and a feeling of infinite love, all of which it shares freely and openly with anyone who gains access to it.

I know that might sound crazy, but skeptics of this assertion might want to take care. There’s more to accessing the experience of this field than having the recipient fall into some deluded, self-important, Dunning-Kreuger belief that their internal experience (it happens from within the mind) is somehow more important than it actually is, and that it delivered more intelligence and wisdom than it actually did. The reality is that some of the people who experience accessing this field have actually been awarded the Nobel Prize for the ground breaking science they’ve extracted from their internal experiences. And there’s more than one of those. And of course, you don’t have to receive a Noble to have gained a higher level of understanding about things which we as a race have not yet solved. I myself have learned how to gain access to this field, and not only was I able to bring back the algorithms of human emotion which are now allowing for the development of Artificial Emotional Intelligence (and which I’m told were used to swing a U.S. national election in 2016 via a social media disinformation campaign), but my head is now also filled with crazy ideas about harnessing zero point energy, the manipulation of atomic structures, and an understanding of the model of the hidden underlying universe, which is day by day being proven accurate by empirical science.

Subsequently, it doesn’t surprise me that such an advanced mind may have gained access to this same field of infinite intelligence that allows for advanced science to be discovered and understood. And it’s also no surprise that such an advanced mind might call the experience of accessing this field “the emotion that stands at the cradle of true art and true science”, continuing to say “whoever does not know it… is as good as dead”. Only those who are touched by the infinite field of intelligence, wisdom, and love tend to make such hyperbolic comments from a position of not normally making such comments about their regular fields of scientific discovery. Only the most important personal discoveries that they privately deem well over and above the value of their ground breaking scientific work would require the need of using such a dramatic selection of words.

Other Evidence of Einstein’s Enlightenment

In addition, such a great mind might very easily see how that same internal divine and perfect experience could indeed be the catalyst of all religions. But they would only believe so if they had experienced that mystery first hand. I (someone who has written about Enlightenment in multiple books and articles) discussed the likelihood of the enlightenment experience being the originating spark of all the world’s religions in Mind Hacking Happiness Volume II, citing numerous historical references from the annals of the godheads of the major religions themselves supporting that assertion.

But the linchpin of the argument that Einstein was enlightened by inner mystical experience is displayed in his use of the word “knowledge”. In science, knowledge is something that is no longer theory, but something which has been proven beyond variance. So… “a knowledge of the existence of something we cannot penetrate, our perceptions of the profoundest reason and the most radiant beauty,” is not an accidental or sloppy use of the word knowledge by Einstein at all. It is an admission and evidence that he can not only describe, but has also proven within his own mind his personal experience of knowing the “profoundest reason and most radiant beauty”.

When he speaks of the profoundest reason, he speaks of not only the source of all existence in the universe, but also the answer to the question “why?” (the why of everything and anything – its that profound), which is something the highest levels of enlightenment uncover for the recipient. It is in Einstein’s specific use of the word “knowledge” that he admits his personal experience of truth, which has, at least for him, transcended theory into the space of personal proof that the topic about which he speaks is indeed his personal knowledge of the truth.

So in my book, speaking as someone who has walked the territory from which Einstein speaks, I believe Einstein was enlightened, and that his discoveries were in part informed by accessing the mysterious infinite void of intelligence and knowledge of all that is, was, and will be in this universe.

And just a last note… that you can access this same field of inner infinite potential if you look for it diligently enough.